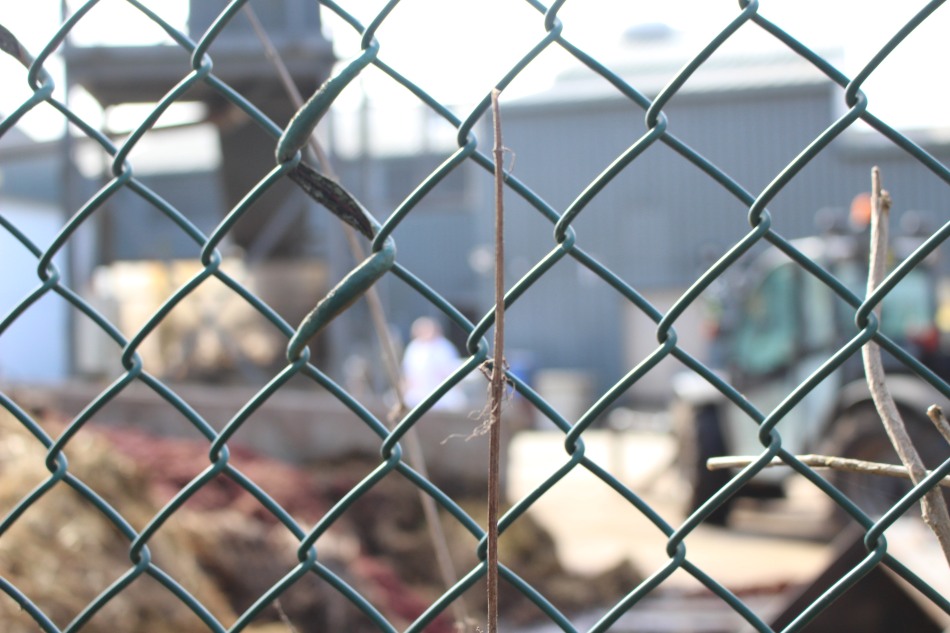 On 13 March, Oxfordshire Animal Save hosted a peaceful vigil outside Mutchmeats ltd slaughterhouse. In this article, I will tell you more about my experience (warning: graphic images).

I had never been to an animal vigil before, but have seen a lot of footage online. I knew what could be expected. The most important thing (to me at least) is that this vigil was a peaceful and love based form of activism. When we arrived (a friend of mine kindly offered a lift), there were already some people standing at a roundabout with placards, not so different from the ones we use for Oxford Vegan Action’s Outreach. After a while we noticed that no trucks were coming through. Probably the company was tipped off about our presence and cancelled or rescheduled all trucks.

Then, together with three others, we went around to the back of the slaughterhouse, to see if we could get some footage from there. But as soon as we arrived there, two policemen had come after us and kindly asked us to go away. One of us was able to take some pictures, but this really shows how secretive slaughterhouses are; nothing is supposed to be out in the open.

Tilly, the one who was able to take some photos, described to us the horror of what she saw. Puddles of blood, a lot of empty bottles of alcoholic drinks, and even a knife.

Even though we weren’t able to bear witness to the animals this time, it feels like we were able to achieve something. The footage is out in the open now, for others to draw their own conclusions.

Have you ever been to a vigil? What was your experience?

Hey hello everyone! I know it's been very quiet on here - my last post was more than three months ago and I haven't been very active on my stories either. After coming across these cutesy tiny bananas they HAD to be immortalised on my IG feed, so here we are! 🍌
The weather lately has me feeling like #PSL 🎃 But here I am enjoying a matcha latte instead
Reminder: Don't forget to book your cervical screening test.
Little moment of reflection this morning when I saw this plant trying to grow between two tiles. Because I sometimes tend to focus on problems rather than solutions, @rontograaf recently gave me the book "The Obstacle is the Way".
Loading Comments...
%d bloggers like this: